The Pelican ProGear Elite coolers can keep ice for 7+ days and are extremely durable but there are some problems with Pelican coolers that I want to share with you.

I have done a lot of research into the different types of coolers, the pros and cons of each and I even own a Pelican cooler myself. Don't get me wrong, Pelican make great coolers and I absolutely love them, but no ice chest is going to be perfect, and the Pelican is no exception.

It is important to be aware of the Pelican cooler's problems before you purchase so you know exactly what you are getting, as these coolers aren't cheap.

The first problem come across with the Pelican is the price. When compared to the cheap $50 Coleman coolers you can buy from Costco the Pelican does seem expensive.

However, you do get a lot for your money. Cheap coolers keep ice for 1 or 2 days max, whereas the Pelican cooler can keep ice for over 7 days.

Cheap coolers can break easily and will often not hold an adult's weight. The Pelican cooler is so tough you can literally drive a truck over it and it'll be fine.

In fact when it comes to high end roto-moulded coolers I have discovered that the Pelican is actually the best cooler for the money with the 35-Quart (most popular size) coming in at around $219-$239 on Amazon. Click here to see latest price.

Price can be a problem for some people as roto-moulded coolers in general are expensive and not everyone has $250 to spend on an ice chest.

But Pelican is one of the cheapest (and the best) roto-moulded coolers on the market, selling for over $100 less than the Yeti cooler, which is it's biggest competitor. 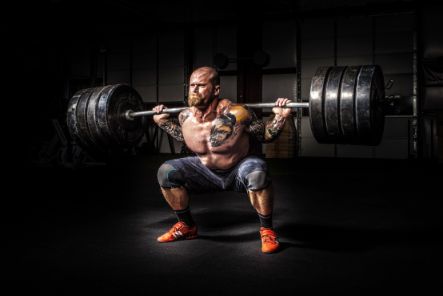 The Pelican ProGear Elite weighs a substantial amount more that other coolers of similar make and size.

That's a full 10 lbs heavier and this is when the cooler is empty. Add in a few beverages and some ice and the Pelican cooler starts to get really heavy really quickly.

This is not a cooler for those with bad backs and if you wish you carry this cooler fully loaded then help will be required. It's recommended that you place your cooler in the right spot before loading it up.

You can get wheels with some models of the Pelican, however these do not come cheap and add a significant amount to the cost of the cooler.

On the surface the drainage spout looks better than other models. It's an attached spout so it can't get lost and it has the correct thread to attach a hose to it if you so desire. However, the spout is made of cheap plastic that looks like it will become fail over time when exposed to sun and heat. Plus many user complain about excessive condensation on the spout itself. So much so that pools of water have been known to form around it.

This isn't a big deal if your cooler is in the back of your pickup or on the ground at your campsite. But when it's in your garage, in your tent or placed anywhere you'de rather not have condensation it can cause issues.

Some customers have gone as far to use duct tape or their own form of insulation just for the spout itself. This is clearly a flaw with Pelican's design but they are yet to change it for some reason. 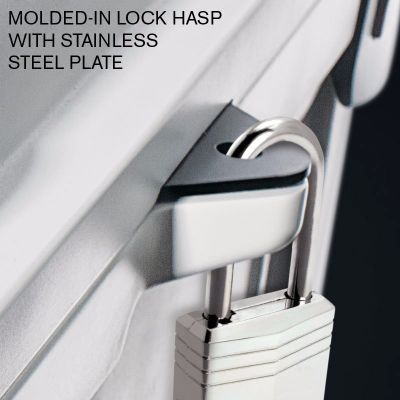 Not a huge problem but the front lock does protrude as a triangle out in front of the cooler. This is where you place a padlock in order to secure your cooler from thieves who want to steal your sandwiches. This is also what makes it bear proof.

The problem with this is if you try to carry the cooler by yourself with the front resting against your body it'll be might uncomfortable.

No one wants a big triangle stabbing into the stomach…or even worse a little bit lower.

This is a minor problem that can be solved by carrying the cooler with the back resting against your body instead of the front.

This problem isn't specific to the Pelican but to the roto-moulded coolers. The 2 inch thick walls filled pressure injected foam work hard to keep the inside cool when there is ice in there but they can also retain heat and actually melt the ice.

If you store your cooler somewhere hot like in your car, your garage or on the front porch in the sun then the foam can actually retain some of that heat.

If you fill your cooler up with ice straight away and head off on your trip you might find that the first batch of ice melts within 1-2 days. The push and pull metal latches on the Pelican are far and away better than other coolers like Yeti. They are easy to use and are very strong.

However these latches can get sticky and not work properly when a lot of dirt and sand gets in the mechanism. This makes the Pelican coolers not completely ideal for beach trips, though a bit of dirt from camping is usually fine.

7. Lifetime Warranty Applies To Case Only

Pelican provide a lifetime warranty on their coolers. Check out the video below where a guy used his Pelican cooler to smoke a Brisket (likely damaging the cooler) and it's highly likely that he'll get a replacement cooler.

The only problem with the warranty is that is only applies to the case itself and not the more fiddly components like the latches or non-skid feet.

This means if your latches break then you'll have to pay to buy replacement ones and get them installed yourself. Same with the handles, or the feet of your cooler.

Should You Still Consider A Pelican Cooler? So as you can see the Pelican cooler has it's fair share of problems. It's pricey for a cooler, heavy and needs some preparation before use.

However, even with it's problems this is a great cooler. It is affordable compared to other roto-moulded coolers and has a lot of great features. It has some of the best ice-retention in the industry and is the only cooler that is bear proof even without padlocks, though it isn't certified bear proof without the locks.

I rate the Pelican as the best cooler for the money and I believe you'll be very happy with your Pelican cooler. I sure am happy with mine.

Interested In Getting The Best Price On Your Pelican Cooler?

Amazon often has Pelican coolers for sale at a discount compared to other stores or websites. Plus with free shipping from many of the sellers this can be the best way to buy Pelican coolers.

Best of luck with your Pelican cooler 🙂

12 Best Coolers of 2016 Problems With Yeti Coolers – Are They Worth The Money?

How To Hydro Dip a Yeti Tumbler Cup (Plus RTIC, Ozark Trail etc)